The formula 1 driver section allows you to select your favorite F1 driver and view different breakdowns on their career F1 points, team battle statistics, race by race breakdown, how they performed for specific constructors and general career statistics. Here you will find the F1 statistics for Alexander Albon in full. 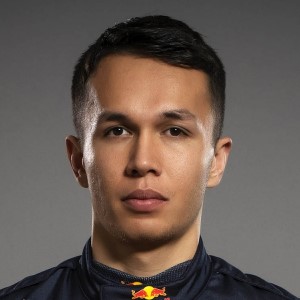 Alex Albon is a Thai-British racing driver who currently competes in Formula 1 for the Williams F1 team.

Before making his way to F1, Albon began his racing career in karting, where he quickly made a name for himself as a talented young driver. He went on to compete in various junior categories, including the European Formula 3 and the GP3 Series in Europe in which he finished, in 2016, as runner-up to Charles Leclerc. In the 2017 Formula 2 championship he finished third behind George Russell and Lando Norris.

In 2018, Albon made the jump to F1 as a test driver for the Toro Rosso team. He was later promoted to a full-time race seat for the 2019 season, where he competed against other young up-and-coming drivers such as Lando Norris, George Russell, and Charles Leclerc.

In terms of his personal life, Albon is known to be a family man and is very close to his parents, who have supported him throughout his racing career.

As a driver, Albon is known for his calm and measured approach to racing, as well as his strong work ethic and dedication to improving his performance. He has consistently shown strong results throughout his racing career and has earned the respect of his competitors and team members alike.

Overall, Alex Albon is a talented and driven young driver who has proven his ability to compete at the highest level of motorsport. With his strong work ethic and natural talent, he has the potential to become a top performer in the world of F1.