The formula 1 driver section allows you to select your favorite F1 driver and view different breakdowns on their career F1 points, team battle statistics, race by race breakdown, how they performed for specific constructors and general career statistics. Here you will find the F1 statistics for Jos Verstappen in full. 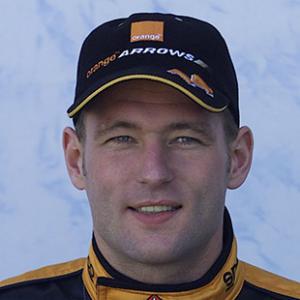 Jos Verstappen is a retired Dutch racing driver who is best known for his career in Formula 1. He was born on March 4, 1972 in Montfort, Netherlands, and began his racing career in karting. He quickly made a name for himself in the junior ranks.

In 1994, Verstappen made his Formula 1 debut with the Benetton team, and he immediately impressed with his speed and skill. He went on to race for a number of teams, including Simtek, Tyrrell, and Stewart, and achieved a number of podium finishes during his career.

In his personal life, Verstappen is married and has three children, Max, Victoria, and Luka. Max Verstappen became a Formula 1 driver as well.

As a driver, Verstappen was known for his aggressive and determined style on the track. He was highly skilled at finding the limits of his car and pushing it to the maximum, and he often used this skill to his advantage in races. He was also known for his ability to deliver strong performances under pressure, and his competitive spirit earned him the nickname "Jos the Boss". Verstappen retired from racing in 2003.

Season overview for Jos Verstappen
Teams for which Jos Verstappen has competed
Head-to-head comparisons for Jos Verstappen
Explanation
Insert a F1 driver's name in the search box and search or select a driver from the list directly.
For the selected driver an overview is provided of his F1 career statistics:
Date last modified: 2023-02-06 01:06:26 - 3 days ago
×