The formula 1 driver section allows you to select your favorite F1 driver and view different breakdowns on their career F1 points, team battle statistics, race by race breakdown, how they performed for specific constructors and general career statistics. Here you will find the F1 statistics for Juan Manula Fangio in full. 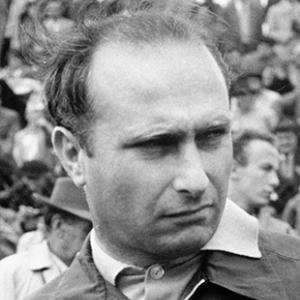 Juan Manuel Fangio was an Argentine racing driver who is widely regarded as one of the greatest drivers in the history of Formula 1. He won five World Championships during his career and is considered one of the all-time greats of the sport.

Fangio began his racing career at a young age, competing in various local events and races in his native Argentina. He quickly made a name for himself as a skilled and talented driver, and in 1948 he made the jump to single-seater racing, competing in the European grand prix.

Fangio made his Formula 1 debut in 1950, and he quickly established himself as one of the top drivers in the sport. Which is also the first official Formula 1 championship. He won his first World Championship in 1951 with the Alfa Romeo team, and he went on to win four more titles with four different teams over the course of his career. He competed against some of the sport's all-time greats, including multiple-time World Champions such as Alberto Ascari, Mike Hawthorn, and Stirling Moss.

Fangio was never married and had two sons in two different relationships; both acknowledged posthumously by the court.

There are several factors that contributed to Fangio's success as a driver. One of his key strengths was his natural talent and feel for a racing car. He had excellent car control and was able to extract the most from the car in a wide range of conditions. Fangio was also known for his mental toughness and his ability to stay cool under pressure. He was able to maintain his focus and deliver strong performances even in the most challenging circumstances. Overall, these factors made him one of the greatest drivers in the history of Formula 1.