The formula 1 driver section allows you to select your favorite F1 driver and view different breakdowns on their career F1 points, team battle statistics, race by race breakdown, how they performed for specific constructors and general career statistics. Here you will find the F1 statistics for Kevin Magnussen in full. 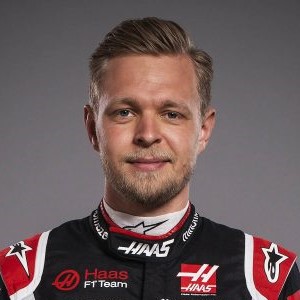 Kevin Magnussen is a Danish racing driver currently competing in Formula One for the Haas team. Before joining Formula One, Magnussen began his racing career in karting and progressed through the junior categories of motorsport, including the British Formula Three Championship and the World Series by Renault. He won that series in 2013 from runner-up Stoffel Vandoorne.

Magnussen made his Formula One debut in 2014 with McLaren. In 2015 he was replaced by Fernando Alonso and became test and reserve driver for the team. He then joined Renault for one season before moving to Haas, where he has spent the past four seasons, where in 2022 he scored his first and only pole-position.

In his personal life, Magnussen is married and has a daughter. He is also an avid fan of football and supports FC Copenhagen.

Magnussen is considered a strong and consistent driver in Formula One, known for his ability to extract the most out of his car and for his impressive overtaking maneuvers.