The formula 1 driver section allows you to select your favorite F1 driver and view different breakdowns on their career F1 points, team battle statistics, race by race breakdown, how they performed for specific constructors and general career statistics. Here you will find the F1 statistics for Lance Stroll in full. 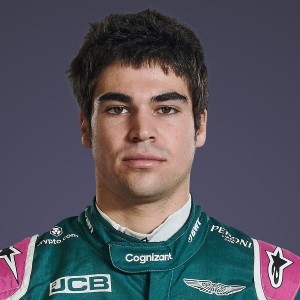 Lance Stroll is a Canadian racing driver currently competing in Formula One for the Aston Martin team. Before joining Formula One, Stroll began his racing career in karting and progressed through the junior categories of motorsport, including the Italian Formula Four Championship and the Toyota Racing Series. He won the Formula 3 series in 2016.

Stroll made his Formula One debut in 2017 with Williams. He then joined Racing Point (now Aston Martin) for two seasons before it was rebranded to Aston Martin for the 2021 season where he partnered with 4 time World champion Sebestian Vettel.