The formula 1 driver section allows you to select your favorite F1 driver and view different breakdowns on their career F1 points, team battle statistics, race by race breakdown, how they performed for specific constructors and general career statistics. Here you will find the F1 statistics for Max Verstappen in full. 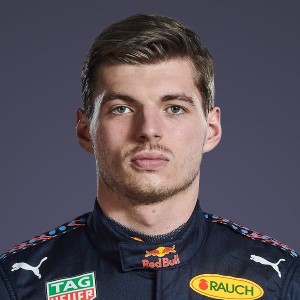 Max Verstappen is a Dutch racing driver who currently competes in Formula 1 for the Red Bull Racing team. He is one of the youngest drivers to ever compete in the sport, making his debut at the age of 17 in 2015. Despite his youth, Verstappen has already established himself as one of the top drivers in Formula 1, with multiple Grand Prix victories and championships to his name.

Verstappen began his racing career at a young age, competing in karting events from the age of four. He quickly rose through the ranks of motorsport, competing in various junior categories and winning numerous championships along the way. In 2014, he made the jump to single-seater racing, competing in the European Formula 3 Championship and finishing in third in the overall rankings.

In 2015, Verstappen was signed by the Toro Rosso team to make his Formula 1 debut, becoming the youngest driver in the history of the sport. He made an immediate impact, Verstappen ran in points-scoring positions until he was forced to retire due to an engine failure. In his first season he consistently impressed with his pace and skill. In 2016, he was promoted to the Red Bull Racing team and has continued to perform at a high level.

Throughout his time in Formula 1, Verstappen has competed against some of the sport's all-time greats, including multiple-time World Champions such as Lewis Hamilton, Sebastian Vettel, and Fernando Alonso. He has also faced off against other top drivers such as Charles Leclerc, Valtteri Bottas, and Daniel Ricciardo.

Max Verstappen is widely regarded as one of the most talented and promising drivers in the highly competitive world of Formula 1. He has consistently impressed with his pace and skill on the track.

There are several factors that contribute to Verstappen's success as a driver. One of his key strengths is his natural talent and feel for a racing car. He has an excellent sense of balance and control, and is able to extract the most from the car in a wide range of conditions.

In addition to his natural ability, Verstappen is also known for his aggressive driving style and his willingness to take risks. He is not afraid to push the limits and is always on the lookout for opportunities to make a pass or take the lead. This aggressive approach has helped him to earn a reputation as one of the most exciting drivers on the grid.

Verstappen is also known for his mental toughness and his ability to stay cool under pressure. He is able to maintain his focus and deliver strong performances even in the most challenging circumstances, making him a formidable competitor on the track.

Overall, Verstappen's combination of natural talent, aggressive driving style, and mental toughness make him a formidable competitor in the world of Formula 1.