The formula 1 driver section allows you to select your favorite F1 driver and view different breakdowns on their career F1 points, team battle statistics, race by race breakdown, how they performed for specific constructors and general career statistics. Here you will find the F1 statistics for Michael Schumacher in full. 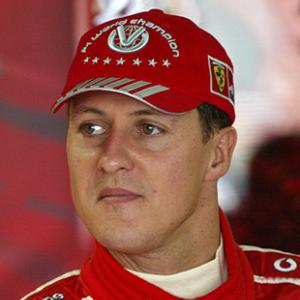 Michael Schumacher is a retired German racing driver who is widely regarded as one of the greatest Formula 1 drivers of all time. He was born on January 3, 1969 in Hurth, Germany, and began his racing career in karting. He quickly made a name for himself in the junior ranks, competing against the likes of Damon Hill, Jacques Villeneuve and Mika Hakkinen.

In 1991, Schumacher made his Formula 1 debut with the Jordan team, and he immediately impressed with his speed and skill. He went on to race for the Benetton team, where he won his first two World Championships in 1994 and 1995. In 1996, he joined the Ferrari team and enjoyed even greater success, winning an additional five World Championships and becoming one of the most successful drivers in the history of the sport.

In his personal life, Schumacher is married to Corinna Schumacher and has two children, Gina-Maria and Mick. In 2013 he had a very unfortunate skiing incident that has left him severly disabled.

As a driver, Schumacher was known for his relentless competitiveness and ability to deliver strong performances under pressure. He was also highly skilled at developing and setting up his car, and his technical knowledge played a key role in his success. These qualities, combined with his natural talent and determination, made him a formidable force on the track and helped him to become one of the most successful drivers in the history of Formula 1.