The formula 1 driver section allows you to select your favorite F1 driver and view different breakdowns on their career F1 points, team battle statistics, race by race breakdown, how they performed for specific constructors and general career statistics. Here you will find the F1 statistics for Mika Hakkinen in full. 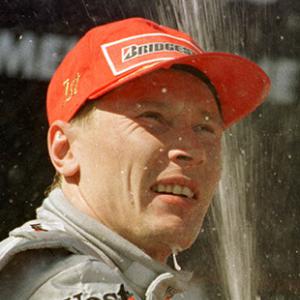 Mika Hakkinen is a retired Finnish racing driver who is best known for his career in Formula 1. He was born on September 28, 1968 in Vantaa, Finland, and began his racing career in karting. He quickly made a name for himself in the junior ranks like the British Formula 3 Championship where he took the title in 1990.

In 1991, Hakkinen made his Formula 1 debut with the Team Lotus, and he immediately impressed with his speed and skill. He went on to race the rest of his career with McLaren. Partnered with longterm teammate David Coulthard in 1996. He won a total of two World Championships in 1998 and 1999 in heavy competition with Michael Schumacher. In 1995 he had a heavy crash that hospitalized him, which later influenced his retirement from racing in 2001.

In his personal life, Hakkinen is divorced his first wife with whom he has two children. And is currently married with another three children.

As a driver, Hakkinen was known for his smooth and consistent style on the track. He was highly skilled at managing his tires and fuel, and he often used these skills to his advantage in races. These qualities, combined with his natural talent and determination, made him a formidable force on the track and helped him to achieve success in Formula 1.