The formula 1 driver section allows you to select your favorite F1 driver and view different breakdowns on their career F1 points, team battle statistics, race by race breakdown, how they performed for specific constructors and general career statistics. Here you will find the F1 statistics for Sergio Perez in full. 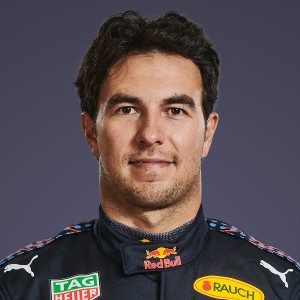 Sergio Perez is a Mexican racing driver who currently competes in Formula One for the Red Bull Racing team. Before joining Formula One, Perez began his racing career in karting and progressed through the junior categories of motorsport, including the British Formula Three Championship and the GP2 Series where he finished second to Pastor Maldonado in 2009.

Perez made his Formula One debut in 2011 with Sauber, where he consistently outperformed his teammate and scored his first podium finish at the 2012 Malaysian Grand Prix. He then joined McLaren for two seasons before moving to Force India, where he spent four seasons and scored nine podium finishes. In 2021, he joined Red Bull Racing to replace Alexander Albon, partnering with Max Verstappen.

In his personal life, Perez is married and has three children. Outside of racing, he enjoys playing golf and spending time with his family. He is also involved in various charitable endeavors, including supporting the Sergio Perez Foundation, which aims to improve the quality of life for orphans and children with cancer.

Perez is considered a strong and consistent driver in Formula One, known for his ability to extract the most out of his car and for his impressive overtaking maneuvers. He has a reputation for being calm under pressure and for consistently delivering strong results, even when faced with challenging circumstances.