The formula 1 driver section allows you to select your favorite F1 driver and view different breakdowns on their career F1 points, team battle statistics, race by race breakdown, how they performed for specific constructors and general career statistics. Here you will find the F1 statistics for James Hunt in full. 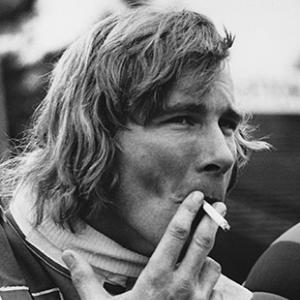 James Hunt was a retired British racing driver who is best known for his career in Formula 1. He was born on August 29, 1947 in Belmont, England, and began his racing career in the late 1960s. He quickly made a name for himself in the junior ranks.

In 1973, Hunt made his Formula 1 debut with the Hesketh team, and he immediately impressed with his speed and skill. He went on to race for a number of teams, including McLaren and Wolf, and won the World Championship in 1976. He competed with the likes of Niki Lauda and Clay Regazzoni.

In his personal life, Hunt was married and had two children, Freddie and Tom.

As a driver, Hunt was known for his aggressive and flamboyant style on the track. He was highly skilled at finding the limits of his car and pushing it to the maximum, and he often used this skill to his advantage in races. But one prone to spectacular accidents earned him the nickname "Hunt the Shunt". These qualities, combined with his natural talent and determination, made him a formidable force on the track and helped him to achieve success in Formula 1. Hunt retired from racing in 1979. He died in 1993.