The formula 1 driver section allows you to select your favorite F1 driver and view different breakdowns on their career F1 points, team battle statistics, race by race breakdown, how they performed for specific constructors and general career statistics. Here you will find the F1 statistics for Ayrton Senna in full. 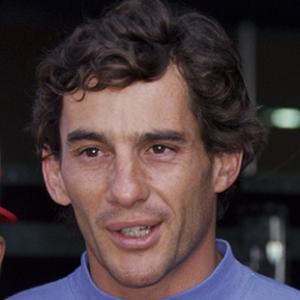 Ayrton Senna was a Brazilian racing driver who is widely regarded as one of the greatest Formula 1 drivers of all time. He was born on March 21, 1960 in São Paulo, Brazil, and began his racing career in karting. He quickly made a name for himself in the junior ranks.

In 1984, Senna made his Formula 1 debut with the Toleman team, and he immediately impressed with his speed and skill. He went on to race for a number of teams, including Lotus, McLaren, and Williams, and won a total of three World Championships. He is often remembered as one of the most talented and fearless drivers in the history of the sport. Tragically, Senna died in a racing accident at the 1994 San Marino Grand Prix.

In his personal life, Senna was known to be a devout Catholic and was involved in various charitable endeavors.

As a driver, Senna was known for his incredible speed and precision on the track. He was highly skilled at finding the limits of his car and pushing it to the maximum, and he often took risks in order to gain an advantage. He was also known for his fierce competitiveness and relentless desire to win, and his passion for racing was evident in every performance. These qualities, combined with his natural talent and determination, made him a formidable force on the track and helped him to become one of the most successful drivers in the history of Formula 1.