The formula 1 driver section allows you to select your favorite F1 driver and view different breakdowns on their career F1 points, team battle statistics, race by race breakdown, how they performed for specific constructors and general career statistics. Here you will find the F1 statistics for Nigel Mansell in full. 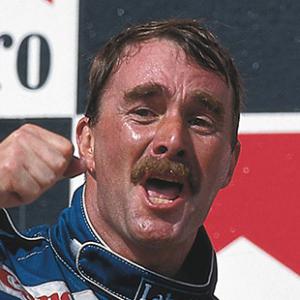 Nigel Mansell is a retired British racing driver who is widely regarded as one of the greatest Formula 1 drivers of all time. He was born on August 8, 1953 in Upton-upon-Severn, England, and began his racing career in the late 1970s. He quickly made a name for himself in the junior ranks.

In 1980, Mansell made his Formula 1 debut with the Lotus team, and he immediately impressed with his speed and skill. He went on to race for a number of teams, including Williams, Ferrari, and McLaren, and won the World Championship in 1992. He is often remembered as one of the most talented and successful drivers in the history of the sport.

In his personal life, Mansell is married and has three children, Leo, Greg, and Chloe. He is known to be a fan of golf and enjoys spending time with his family and friends.

As a driver, Mansell was known for his aggressive and determined style on the track. He was highly skilled at finding the limits of his car and pushing it to the maximum, and he often used this skill to his advantage in races. He was also known for his ability to deliver strong performances under pressure, and his competitive spirit and bravery earned him the nickname "Il Leone" (The Lion). These qualities, combined with his natural talent and determination, made him a formidable force on the track and helped him to become one of the most successful drivers in the history of Formula 1. Mansell retired from racing in 1995.