The formula 1 driver section allows you to select your favorite F1 driver and view different breakdowns on their career F1 points, team battle statistics, race by race breakdown, how they performed for specific constructors and general career statistics. Here you will find the F1 statistics for Lewis Hamilton in full. 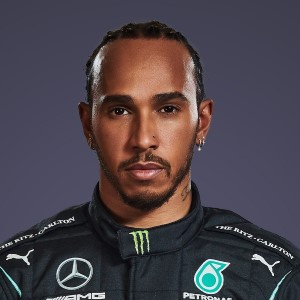 Lewis Hamilton is a British racing driver who has consistently been one of the top competitors in the highly competitive world of Formula 1. He currently races for the Mercedes-AMG Petronas F1 Team, and has won a record-tying seven World Championships during his career.

He was born on January 7, 1985 in Stevenage, Hertfordshire, England. Lewis Hamilton began his racing career at a young age, competing in go-karting events from the age of eight. He quickly rose through the ranks of motorsport, competing in various junior categories and winning numerous championships along the way.

These successes caught the attention of Formula 1 teams, and in 2007 Hamilton was signed by the McLaren team to make his debut in the sport. He made an immediate impact in his rookie season, finishing on the podium in his first nine races and ultimately finishing as the runner-up in the World Championship.

Throughout his time in Formula 1, Hamilton has competed against some of the sport's all-time greats, including fellow multiple-time World Champions such as Michael Schumacher, Sebastian Vettel, and Fernando Alonso. He has also faced off against other top drivers such as Kimi Räikkönen, Nico Rosberg, and Max Verstappen.

In addition to his on-track success, Hamilton is also known for his off-track philanthropy and activism, particularly in the areas of climate change and diversity in motorsport.